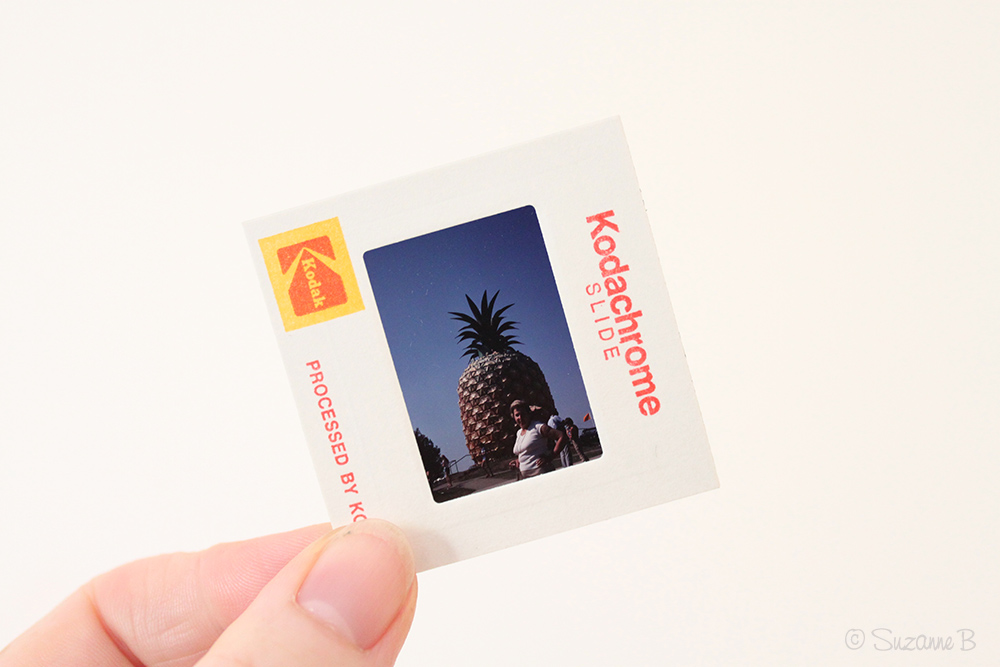 There’s something deliciously mysterious about Kodachrome slides. Hold them up to a window or light source and you’ll get a vague idea as to what they contain, but until they are beamed onto the expanse of a pale coloured wall or scanned to a computer you really have no idea what you’re going to get.

My love affair with Kodachrome slides began swiftly and finding them quickly became an obsession. The pivotal moment came when I stumbled upon a Kodaslide Projector Model 1A (1947-1951) on eBay and bought it on a whim. Surprisingly it worked. An acrid burning smell filled the house as I powered it up; years of dust burning against the bright bulb.

Not long after, a friend and I visited Camberwell Market and one stand, in particular, caught my eye. The woman sold cameras and other photographic collectables including something I’d never come across before – lantern projectors and slides. In among her treasures was a monstrous plastic tub full of Kodachrome slides. Hundreds of them. $1 per slide. And although she had tiny slide viewers enabling one to see what they were getting, the thrill of a ‘lucky dip’ was too much to resist.

I turned to my friend “I’m purchasing five of them and I’ll have no idea what’s on them until I put them in the projector.” It seemed like a fun idea at the time; little did I know how addictive it would become. I’ve had my share of dud slides along the way and I’ve had some, quite simply, take my breath away.

My collection of slides is growing and whilst ‘buying blind’ is loads of fun I have become a bit more discerning and will usually hold the slides up to the light and select those that have people, cars or shops/buildings in them. Some I have no idea of where they were taken, others like the Teller House in Colorado below are easy to track down using Google search and Google Maps.

Not satisfied with merely rescuing these slides I scan them and post them to Flickr giving them a second ‘digital’ life. Scanning them is time-consuming and it’s a work in progress.

A few of my rescued slides are below – you can find more in my Rescued Slides Album on Flickr.