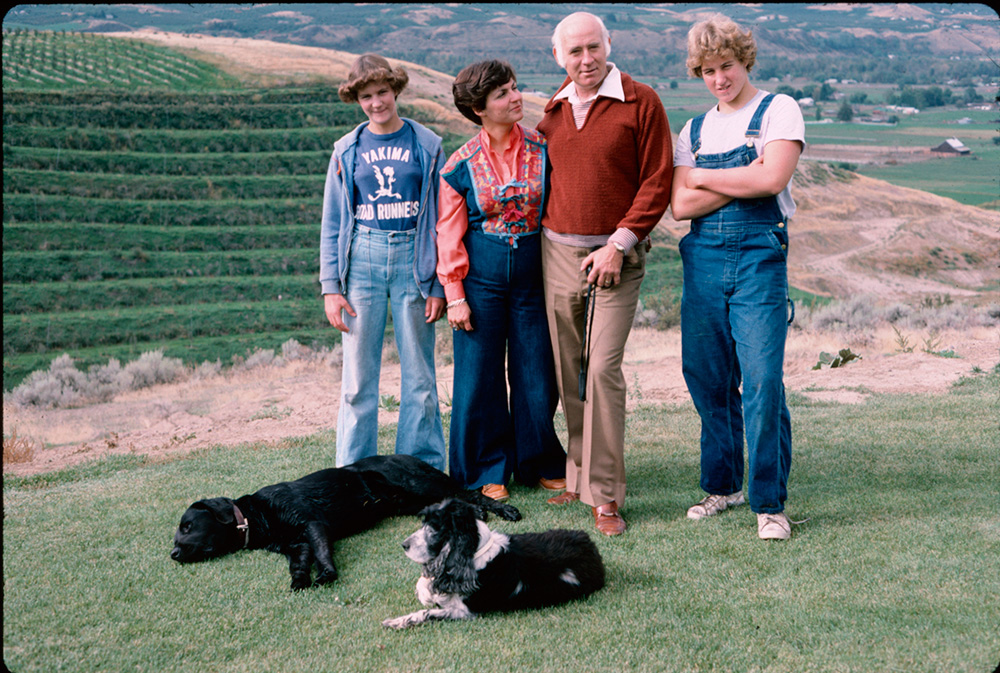 Finding slides with people is always fun. Who are they? Where did they live? Sometimes the photos hold clues to the time and the place, others are a complete mystery.

It’s clear to me that this photo is Gran, Mum and Son and one very peeved cat. What’s also clear is who the favourite child is in this family. (Clue: it’s not the boy!). This is one of my favourite people shots in my slide collection.

When I first saw this slide I laughed. The photographer has only just barely managed to capture the people and instead, we’re treated to a great street scene with lots of shops and cars and people going about their daily business.

The rider’s t-shirt gives us some clues about this event – it’s 1986 and it’s a rally in South Australia. And it looks fun! Loving the outfit and glasses on the woman.

A great family shot – most likely taken in the 1980s. Why they are all together is a mystery. Some of the boys hold tennis rackets, the small girl a packet of Twisties. Florals were definitely in that year! The guy on the very left looks like Charles Shaughnessy (The Nanny).

Mum, dad, boy, girl and 2 (bored) dogs. This is a fairly normal family but for the girl’s hairdo (eek) and the boy’s overalls. This screams 1980s. I researched the Yakima Road Runners (girl’s t-shirt) and they are a running group in the USA. These slides were purchased in Australia but this family, if not American, certainly spent time living in the USA as I have other slides of them with Washington number plates on their car

At first I thought these girls might be hiking but there appears to be a white tent in the background. Possibly a Brownies or Girl Guides camp. It’s difficult to tell the era and if I had to guess I’d say 1960s judging by outfit of the girl in the blue jumper.

This guy! I have a few slides featuring this man and his wife and he most definitely has a ‘Kramer’ (Seinfeld) look about him.

Techically, not a great shot but still an interesting one. Three woman, an open car door and a lot of smoke!