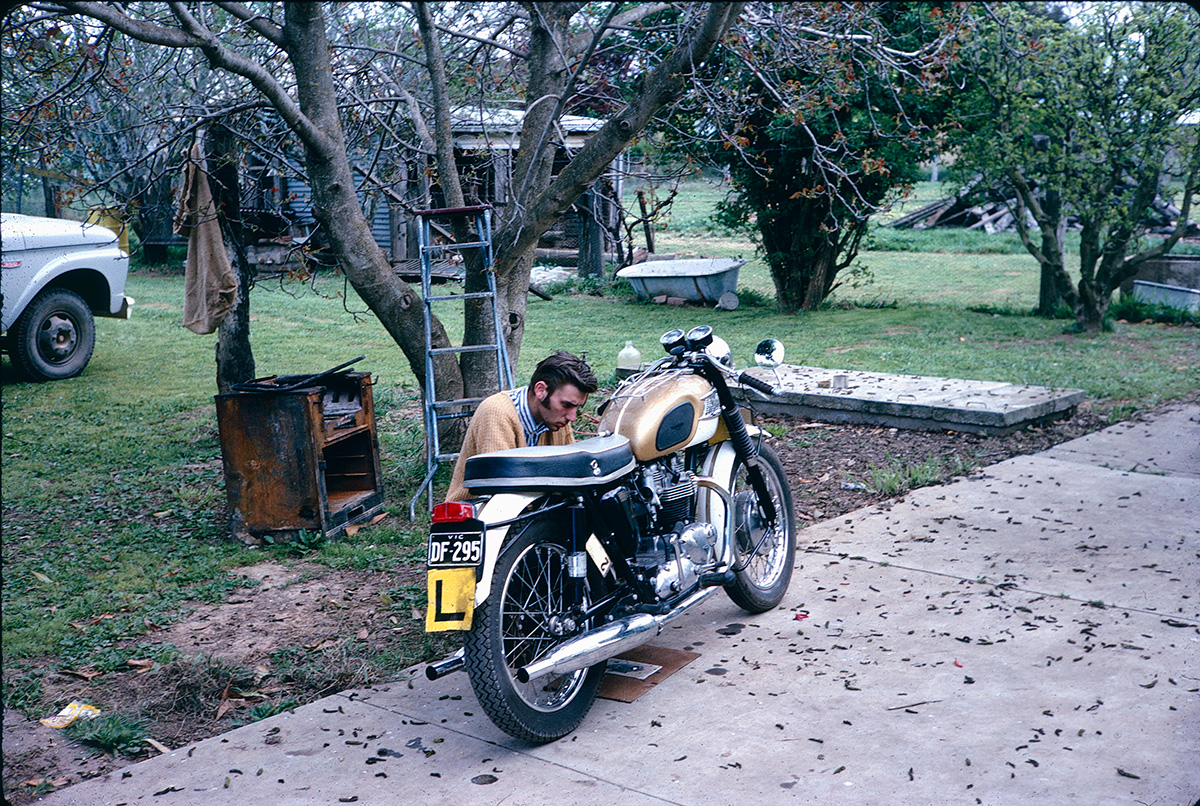 Cold, miserable days are the best kind for poking around in vintage warehouses; the buildings are lacking in any type of temperature control so rugging up is essential. A few weekends ago, wintry weather descended upon Melbourne even though we are still in the midst of autumn so I headed off to one of my favourite (and nearest) haunts, Hunted Antiques to see if the tin of Kodachrome slides at one of the stalls had been replenished with new stock.

Having already diligently looked at every slide, and purchased many on prior visits, I was excited to see there were a few newbies and some I’d missed that I was keen on this time around.

I gave myself a limit of 10, setting aside a pile of ‘maybes’ as I went through the tin. Once I reached the bottom I whittled down my purchase pile to a final 10. Most of the slides had people in them, one was of Disneyland’s monorail which I’d miss in my last forage and one I could see had a motorbike in it.

Often when I get slides home I view them through my mini slide viewer but I was busy and put them aside until I could scan them. Most were as I’d expected but then I got to the one with the bike. This particular slide had the words “John Smith and his bike” written on it.

John Smith (and his bike) was photographed in 1966. My birth year. The number plate on the bike tells us he lives in Victoria (Australia) but we can’t know for sure that this photo was taken in Victoria—he could be visiting someone interstate. The setting appears to be rural, but then again even the outer suburbs of Melbourne were ‘rural’ back in the 60s.

Not only do we get John Smith and his bike we get so much more! An old bathtub. A small ramshackle house half hidden behind the tree. A glimpse at what looks like a pickup truck. A burnt out something (oven?) adorns the yard. A ladder rests on a tree…a brown rag hanging from one of the branches.

And then there’s John Smith. He’s the study of concentration as he fiddles with his bike, a Triumph. His hair and side burns the epitome of 60s grooming.

Finding a Kodachrome slide like this one is what keeps me hooked on finding more. John Smith and his bike tells a story, but leaves us with so many more unanswered questions.