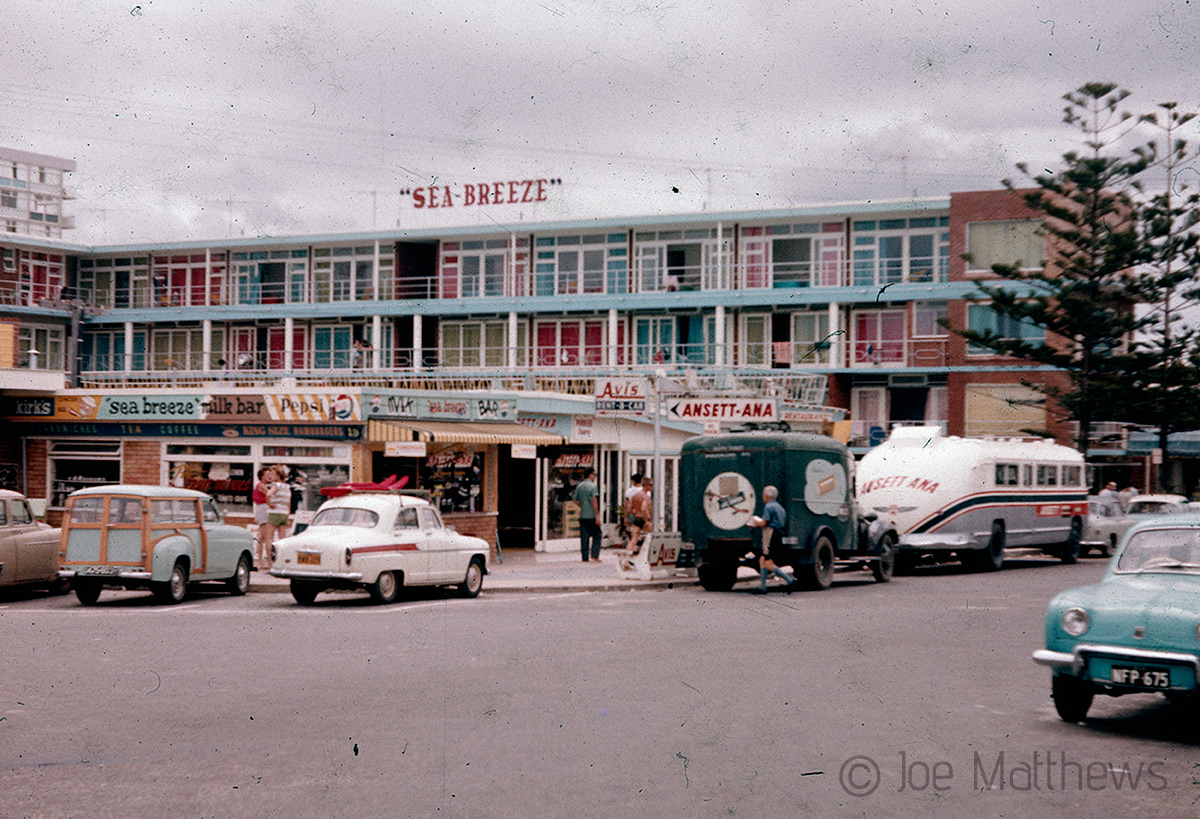 I had the misfortune of spending a night in a very tired, past-its-use-by-date motel during my recent trip to Western Australia. My trip began with a very comfortable room at the stunning Rydges Fremantle followed by 2 nights on a dreamy pillow-top mattress at the new Rottnest Island Eco-Resort and a night in a brand new studio apartment I booked via Airbnb.

Choosing to spend a night mid-trip in an eerily empty 80s motel barely warranting a 2-star rating was a poor decision from the outset. The walls were dinged and tired, the bathroom was leaky and sported an old curtain around the shower and they had clearly located the only other guest in the room behind me as I heard every flush of their toilet. I was reminded why I turn to Airbnb for accommodation these days.

The heyday of the motel is well and truly behind us. But there was a time when they were the epitome of a budget holiday, one step up from the caravan holiday. Here’s a few in my Kodachrome Slide collection.

When the Hi Ho Motel opened in 1958 it was one of only 18 motels in Queensland and 45 motels throughout Australia. The late 1950s is considered the start of the motel boom in Australia and by 1959 the number of motels in Queensland had increased from 18 to 40 with the Gold Coast considered to be the epicentre of motel development in the late 1950s. The motel operated for almost 15 years until it was demolished to make way for the new motel of the same name in 1972.
Source: http://www.goldcoaststories.com.au/the-hi-ho-motel/

This photo was taken by a family friend, most likely in the early 60s. I can’t find much about this hotel online. Note the unfenced pool right by the footpath and road!

Originally named the Surfers Paradise Motel it was the first true motel in Surfers Paradise where guests could drive their cars and park directly outside their room. The partnership of the two owners didn’t last and the motel was divided into two for some time until one sold his half to the other and the entire complex became known as the El Dorado. In 1988 the two-storey El Dorado was demolished and replaced by the 23-storey Surfers Paradise Travelodge.
Source: http://www.goldcoaststories.com.au/el-dorado/

I was beside myself with glee when I came across this slide taken by a family friend during an early 1960s trip to Surfers Paradise. The colours. The cars. The signage. The airline bus. What’s not to love?

I have no clue where this was taken but the lady in red is having a grand old time thanks to the bottle of sherry she bought along for happy hour. One wonders what spectacular view this motel boasts. A road? A paddock?

This sure doesn’t look like any motel I want to stay at. I only hope it had more windows on the other side. What interested me most about this shot was the size of the suitcases. Small!